The OFA (Orthopedic Foundation for Animals) rates hips in this order starting from the lowest: Severe, Moderate, Mild, Borderline, Fair, Good and Excellent.  Gus received the rare Excellent rating on his hips.

To say Gus is an intense upland hunter who also loves water work would be an enormous understatement.  Simply put, Gus is the most focused hunting dog I’ve ever seen.  We believe Gus is the epitome of what Eduard Karel Korthals was seeking to accomplish when he set out to develop his Griffons.  He is a warm, loving, gentle dog at home and about, but place him in the field or duck blind and he becomes a focused hunting machine that will go over, through, or under whatever it takes to point, or retrieve a bird.

My friend and hunting partner for over thirty years Bruce Collett owns Gus.  Bruce has also run dogs in NSTRA (National Shoot to Retrieve Association) and NAVHDA (North American Versatile Hunting Dog Association) events.  It was after I had the pleasure of hunting with Bruce and Gus that I decided to get a WPG.  Bruce and I have been blessed over the years by having some outstanding hunting dogs.  Our last set of dogs, Shiloh (Brittany) and Bado (English Pointer) were both once in a lifetime dogs.  It’s hard to replace a truly gifted hunting dog and Bruce and I had come to the conclusion that we’d most likely never again have such incredible dogs, but the Lord blessed us with Gus and Cota and I assure you they are gifted.  (We must have done something right in our childhood.)

Gus is available for stud, please inquire if interested. 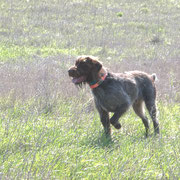 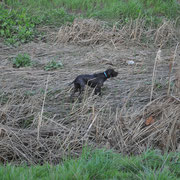 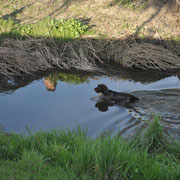 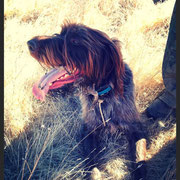 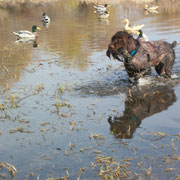 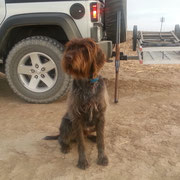 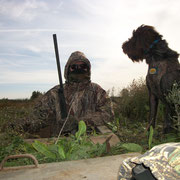 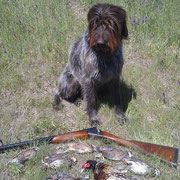 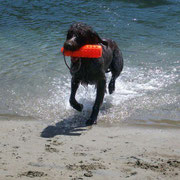 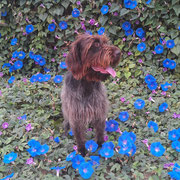